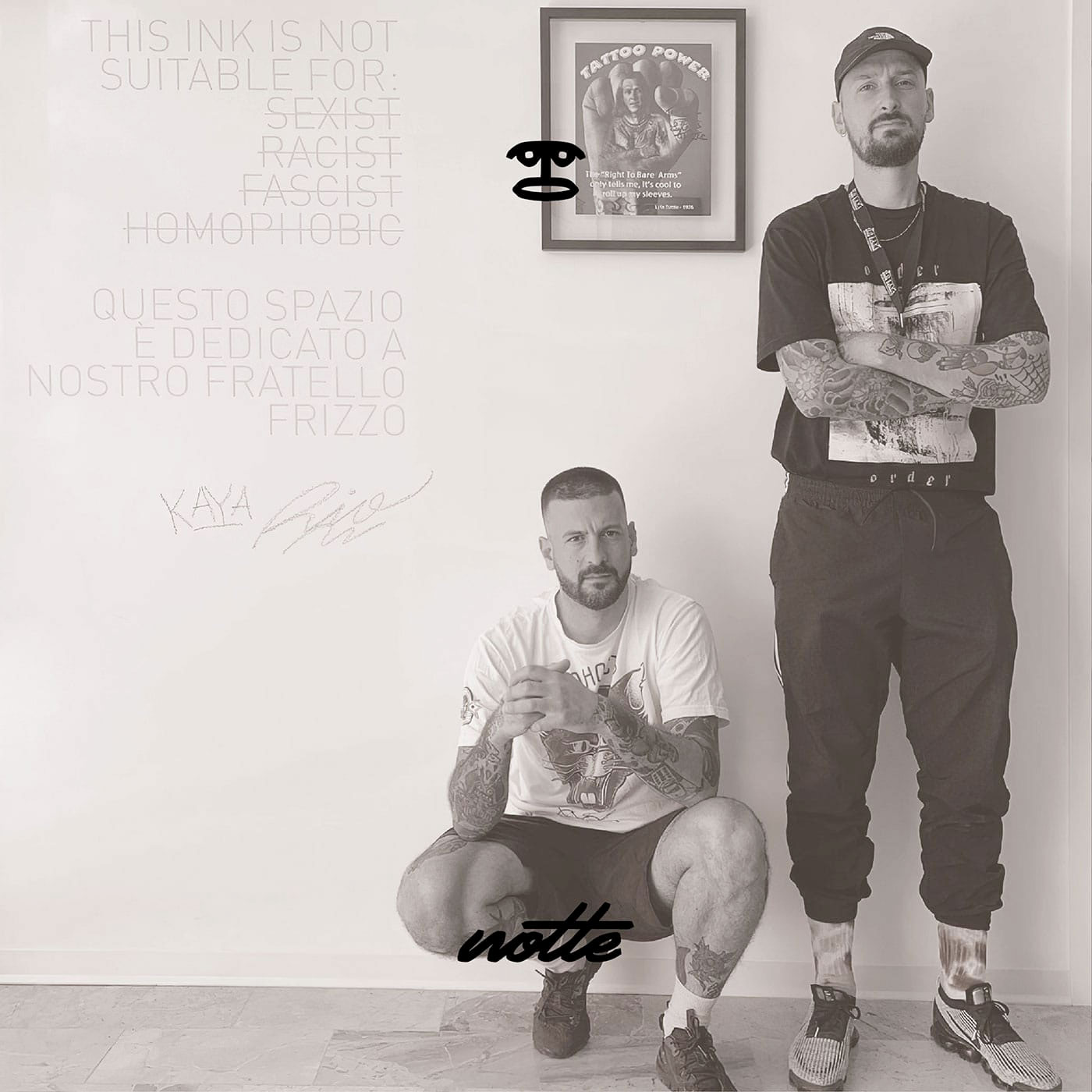 Our journey originated in the late 90s within the graffiti writing scene where we came from. At that time, we painted daily in the local yards and halls of fame and it was in that context that we met most of the crews and fellow adventurers who are still a great affection and a source of inspiration for us.

In 2007, together with a heterogeneous group, we founded “Urban Code”, a cultural association that dealt for a long time with the claiming of spaces in the city, through the reflections that graffiti writing made emerge. In the same year, with other activists, artists and musicians, we opened to the city a space, still active today, called S.a.L.E. Docks, an open laboratory of radical imagination, cultural production and research in the arts and politics, located in the heart of Venice, at the former Salt Warehouses.

In this place we started to tell the story of graffiti writing through exhibitions and collective events such as “Headlines“, which over the years has led us to forge relationships and collaborations with exponents of the international scene such as Martha Cooper, Flyng fortress, Ilk, SweetUno, Zedz, Greg Lamarche, GRL, Remio and many others. Graffiti writing continues to be a fundamental field of interaction for us.

Thanks to the good influence of friends, brothers, sisters, life companions, we were lucky enough to attend Centri Sociali and political experiences such as the no-global movements together with those who, like us, still believe that another world is possible!

We got into tattooing during our high school years, when Manekistefy of Adrenalink made our first pieces. The path as tattoo artists began at Adrenalink through an apprenticeship with Manekistefy, Rio in 2013 and Kaya in 2016. It was nine years of close collaboration through a deep immersion into the international traditional tattoo scene.

In July 2020 we started Notte Blu tattoo studio, and simultaneously Powernotte, a DIY Label ranging from figurative art, to design, to clothing. The intention will always be to develop research in continuous interdependence with what we care about and with the different spheres that we live and cross every day, keeping the work open and in continuous transformation.

We use cookies on our website to give you the most relevant experience by remembering your preferences and repeat visits. By clicking “Accept All”, you consent to the use of ALL the cookies. However, you may visit "Cookie Settings" to provide a controlled consent.
Cookie SettingsAccept All
Manage consent

This website uses cookies to improve your experience while you navigate through the website. Out of these, the cookies that are categorized as necessary are stored on your browser as they are essential for the working of basic functionalities of the website. We also use third-party cookies that help us analyze and understand how you use this website. These cookies will be stored in your browser only with your consent. You also have the option to opt-out of these cookies. But opting out of some of these cookies may affect your browsing experience.
Necessary Always Enabled
Necessary cookies are absolutely essential for the website to function properly. This category only includes cookies that ensures basic functionalities and security features of the website. These cookies do not store any personal information.
Functional
Functional cookies help to perform certain functionalities like sharing the content of the website on social media platforms, collect feedbacks, and other third-party features.
Performance
Performance cookies are used to understand and analyze the key performance indexes of the website which helps in delivering a better user experience for the visitors.
Analytics
Analytical cookies are used to understand how visitors interact with the website. These cookies help provide information on metrics the number of visitors, bounce rate, traffic source, etc.
Advertisement
Advertisement cookies are used to provide visitors with relevant ads and marketing campaigns. These cookies track visitors across websites and collect information to provide customized ads.
Others
Other uncategorized cookies are those that are being analyzed and have not been classified into a category as yet.
SAVE & ACCEPT